A daring political game is what Vijay Sethupathi intends to entangle his feet in next.

No, we are not talking about real world politics, but of his role in Tughlaq Durbar, the actor’s next film directed by Delhiprasad Deenadayalan.

The first look poster of Tughlaq Durbar, which was revealed via a Twitter post by the production house Seven Screen Studio, shows two shades of the actor — one, an individual focussed on his game and the other, a man with a naughty smile, is depicted as a reflection on a glass face table.

The political film thus seems like one where we get to see two shades of the leading man, both with their eyes on the prize, which is shown as a golden coin with the film’s title embalmed on it. 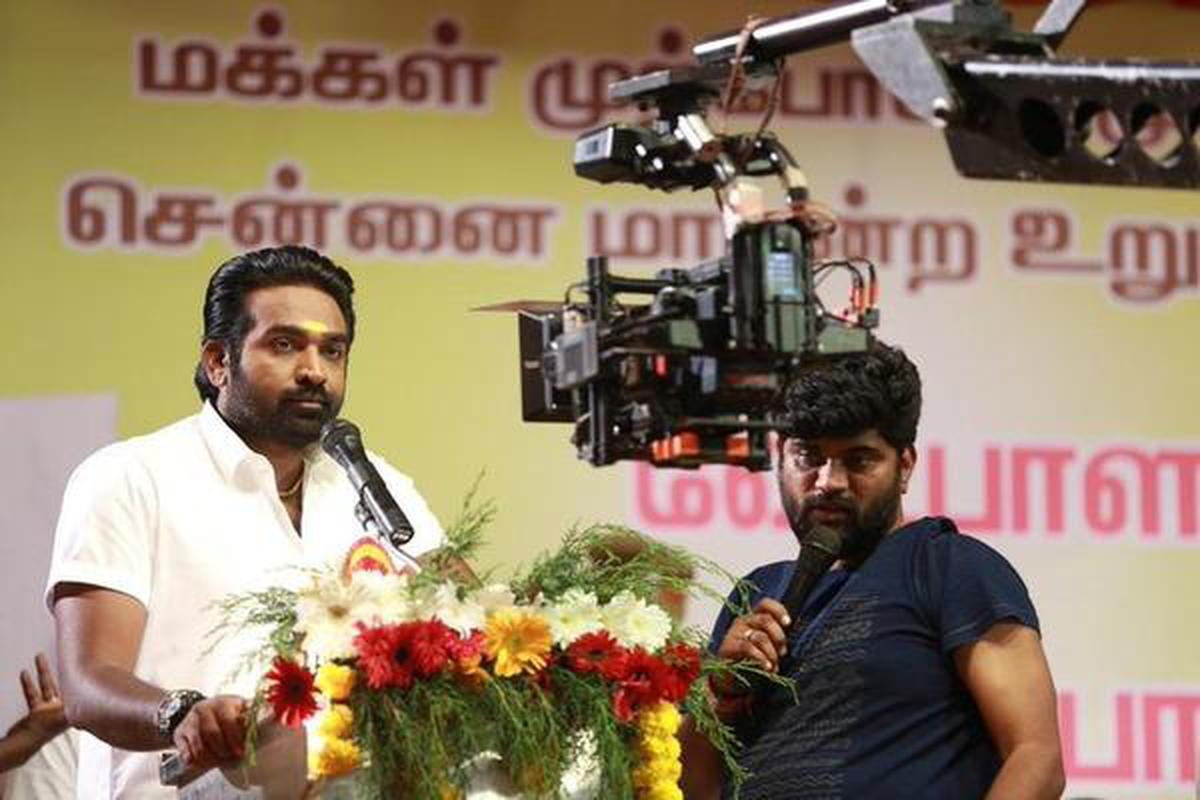 Tughlaq Durbar, which is only half-complete, is expected to resume filming soon as the lockdown restrictions on shooting movies is lifted.

Delhiprasad Deenadayalan, the film’s director, was the casting director of the 2012 film Naduvula Konjam Pakkatha Kaanom — one of Vijay Sethupathi’s earlier films responsible for his climb towards Tamil cinema stardom.

Tughlaq Durbar is touted to be a commercial entertainer. The film has Vijay Sethupathi play a budding politician, Singam, who charts his rise in the world of politics from the bottom ranks. Radhakrishnan Parthiban plays the antagonist, Manjima Mohan plays the sibling to Sethupathi’s fraud politician character while Aditi Rao Hydari is the female lead. Vijay Sethupathi, meanwhile, awaits the release of several of his films, prominent among which is Master, where in he plays the antagonist to actor Vijay’s character. Despite speculations to the contrary, the producer of Master, Xavier Britto, recently went on record to state that the film will not release on OTT platforms, and proposed either Deepavali 2020 or Pongal 2021 as prospective dates of release for his mega budget production venture.