It might seem a little odd that a filmmaker who documents human interest stories and cultures, has never set foot beyond the Vindhyas. That, however, became the premise of his short film, The Theyyam Ritual of Kerala, when Delhi-based filmmaker Ayush Dinker decided to take a trip to Kerala in search of a movie on Theyyam, practised predominately in North Kerala.

What appealed to Ayush were the visual images that emerged out of the performance and the myths and origin stories around the traditional art form.

“I was more intrigued to learn about its history, in the way that it reshaped my idea of gods and humans,” says Ayush Dinker, adding, “There have been several videos on Theyyam, but I wanted this to be from a filmmaker’s perspective.”

He acknowledges his lack of knowledge on the everyday happenings of the South, which, he says, was the reason why he wanted his short film to be more of an “observational account”.

Ayush left for Kerala in February earlier this year, hoping to have a fly-on-the-wall experience during the days of the ritual. He did not have a script in place; he did not understand Malayalam and there was no major crew to back his vision. All that he could afford was a camera. 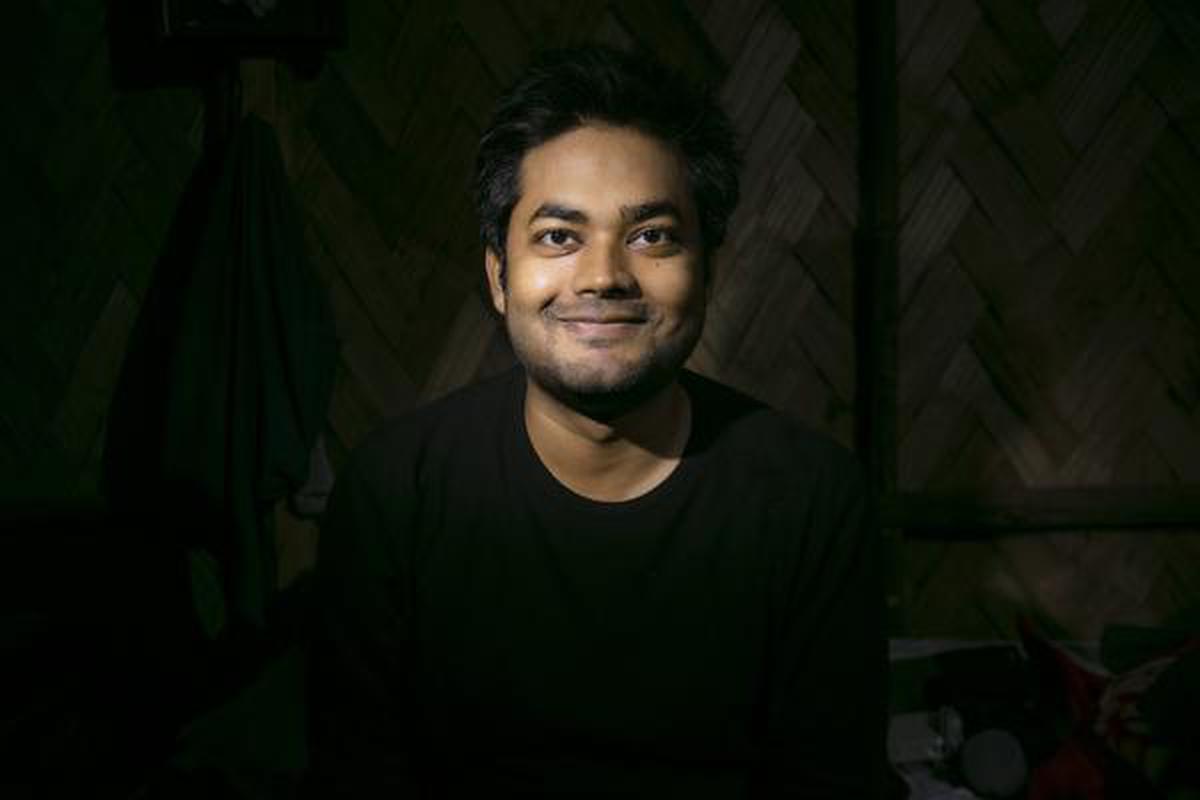 “But that’s how my travel films have been, without a script,” says Ayush, “The idea was to shoot my experience there and, in fact, the script took shape only at the editing table.”

For a filmmaker to capture the essence of a culture that he is not quite familiar with, the main drawback was the language. Despite being warm and courteous, the people of Malabar were also equally sceptical because “they were trying to maintain the sanctity and decorum” from outsiders who gathered to witness what is otherwise a normal day in the neighbourhood.

In order to overcome the language barrier, Ayush became acquainted with Naveen of Tyndis, a travel company based in Kerala. “I came across hundreds of Theyyam stories within the community. For example, I met a person who was a Theyyam artiste for over 40 years. Different places follow different styles of Theyyam and I could always go back for more stories,” he says.

Ayush’s short film throws light on this rather unique transformation of men into gods. The atmosphere, he says, was electric, especially when he was left alone with the Theyyam god. “It was surreal to say the least,” he begins, “For a photographer or filmmaker, nothing gives the satisfaction of getting the perfect shot. It gives this peaceful feeling when you go to bed. That day, I got one.”

The Theyyam Ritual of Kerala is available on YouTube