Hours after Kangana Ranaut came out in support of her sister Rangoli Chandel, whose Twitter account was suspended on Thursday, actress Farah Khan Ali penned a letter, explaining why she reported the controversial tweet.

Sharing a statement on her handle, she addressed the note to the actress with a tweet that read, “My dear Kangana.”

In her statement, Farah highlighted that certain markers prompted her action while also assuring Kangana that she is a huge fan of her work and that she has ‘nothing personal against Rangoli’.

In her note, Farah explained, “My reaction to Rangoli’s tweet was because she specifically used the word ‘Nazi’ along with ‘Mullahs and secular media’ in her tweet. It spoke of making both mullahs and secular media stand in line and shoot them dead… it further said ‘f****k the history they may call us Nazis who cares, life is more imp than fake image.”

“The word Nazis is synonymous with Genocide of the Jews where, as many as 6 million Jews were targeted and exterminated in the Holocaust because of Hitler and the Nazis which eventually lead to World War 2. So using the word Nazis is totally inappropriate, hateful and goes against the rule of law. I reported her tweet to Twitter amongst others because she ‘implied Genocide’ by that word when she spoke of killing,” she added.

She ended her note by stating that Rangoli has a “social and moral responsibilities” that go beyond being her sister. Raising an important point, she also said wrote, “Spewing hatred towards a community and calling for them to be killed for the acts of few is unacceptable.” 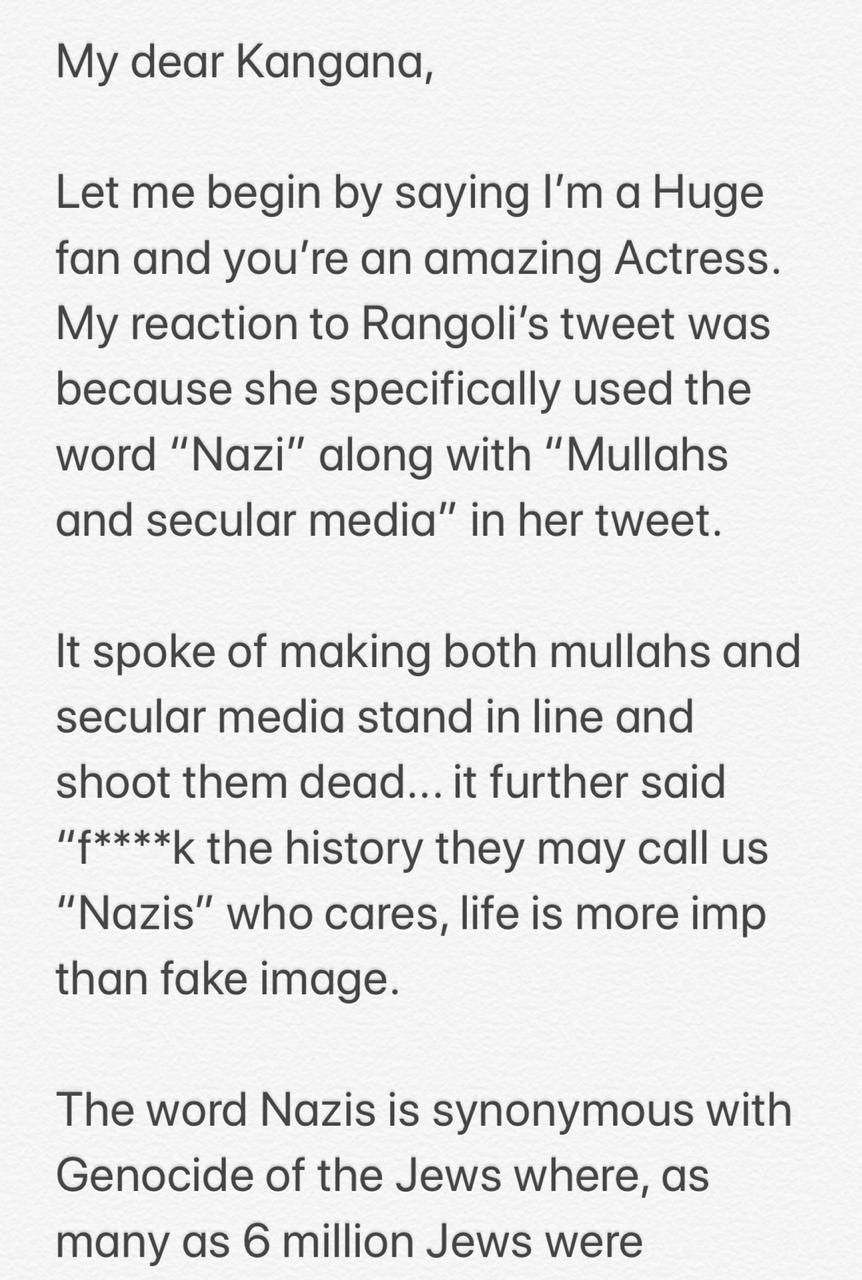 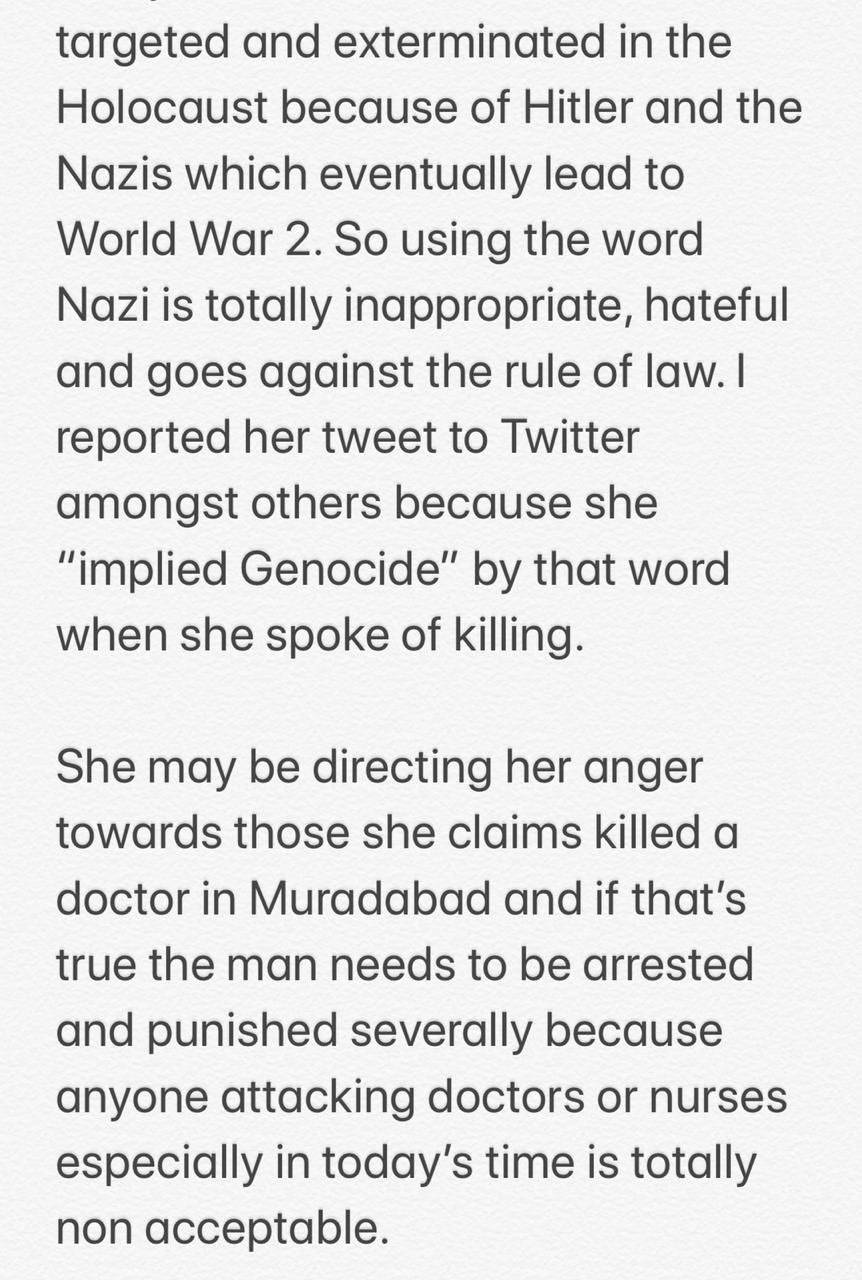 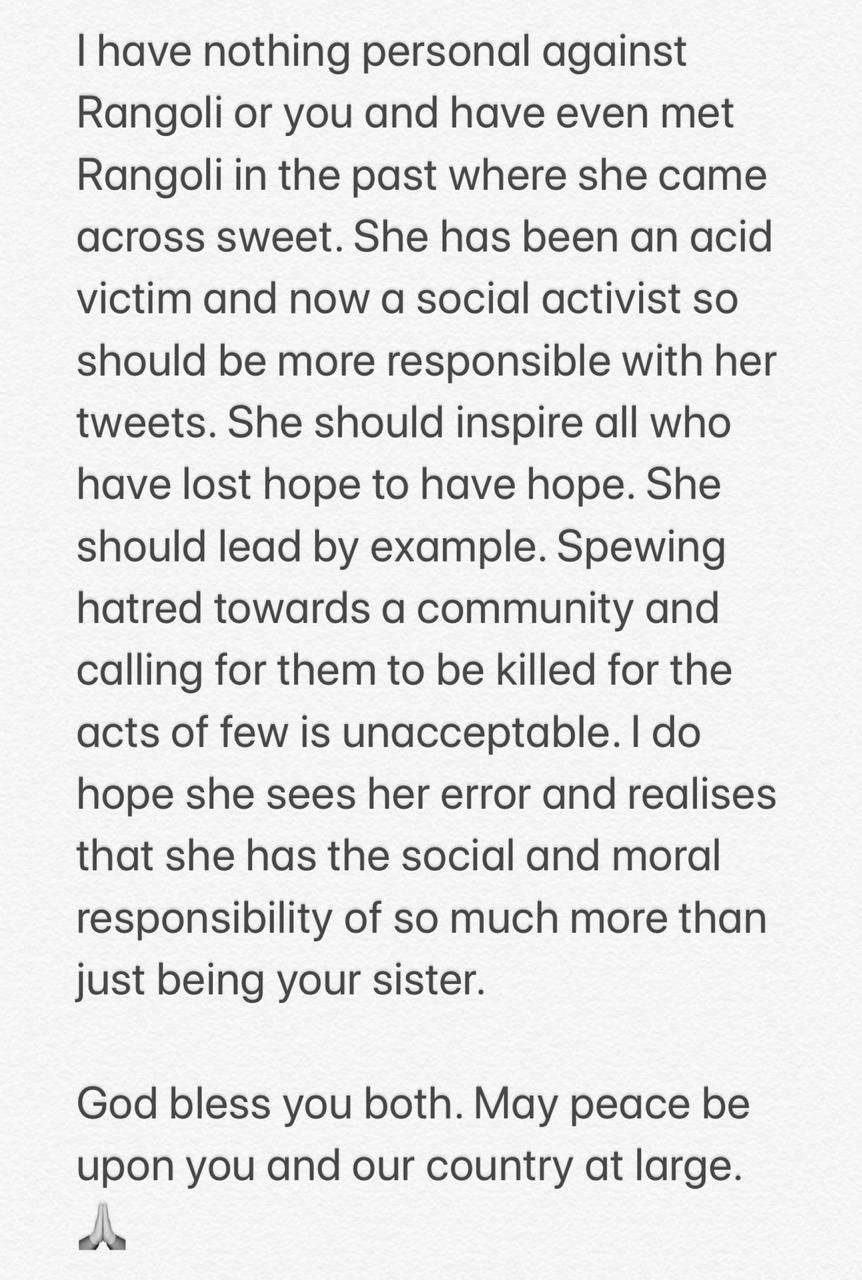 The actress shared an Instagram video message on Saturday where she said that if anyone could find a tweet where Rangoli said anything offensive, “then we both will publicly apologize”. She also claimed that Farah and director Reema Kagti made “false allegations” against her sister.

Watch Kangana’s statement in the video below: