Rajesh, veteran actor, has other interesting facets. Making his debut as hero in Kanni Paruvathile, he matured into an excellent character actor. Tackling both silver and small screens with equal felicity, he has authored books and has a knowledge of astrology. A voracious reader, his knowledge of world affairs and history is amazing. YouTube is another channel he is using productively. Excerpts from a chat with the actor, who made imprints with many memorable performances, and continues to be busy with 150 films and a dozen serials under his belt.

About entering the small screen?

I was one of the first cinema actors, to step into television, through serials like ‘Thagam’ and ‘Tholainthu Ponavargal.’ I don’t apply different yardsticks. I give what the director wants. Well, if you have experience as an actor and not camera-shy, things perhaps become easy. 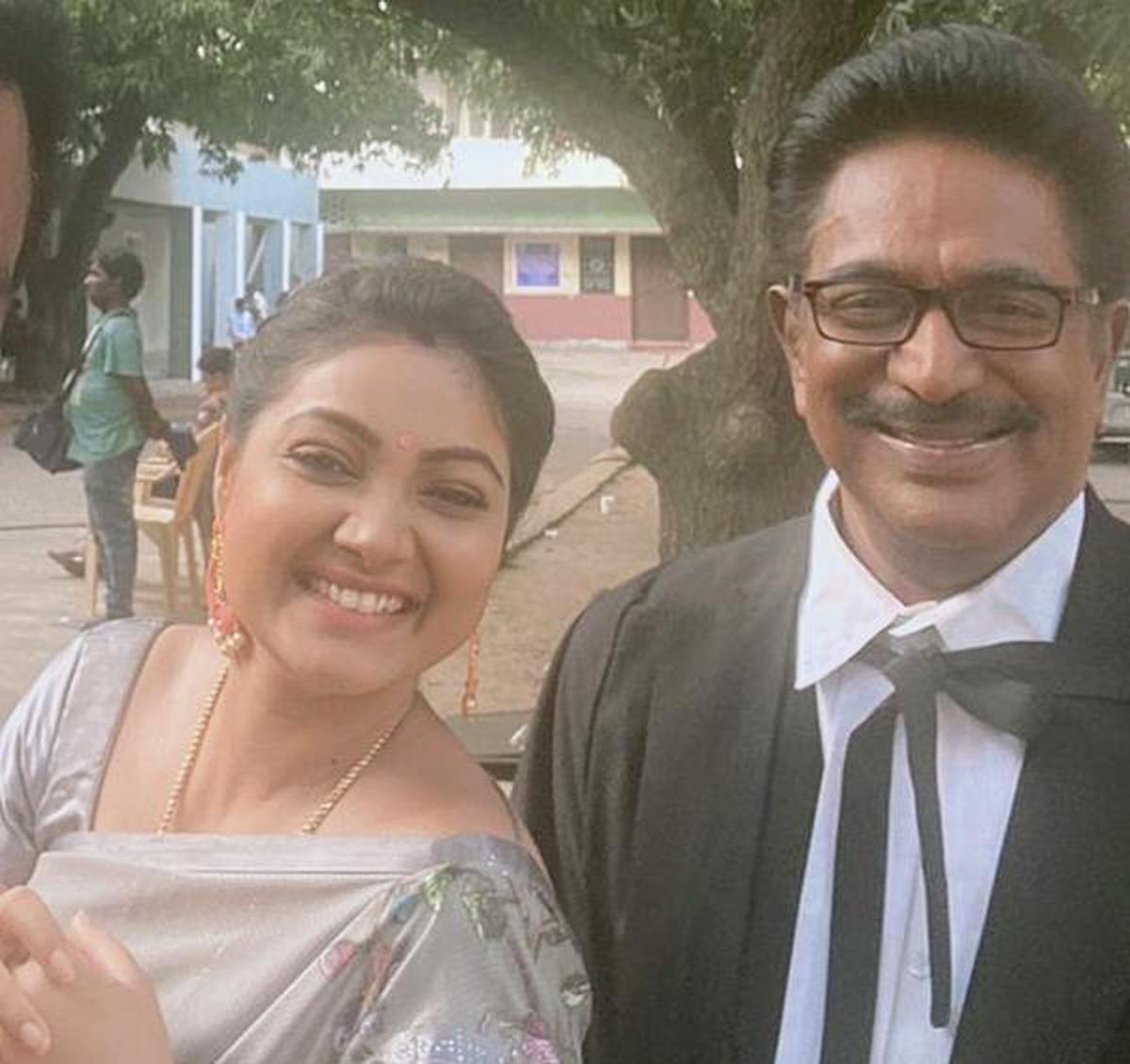 Right now, I’m doing the pivotal role of Tiger Manikam in ‘Roja,’ a serial produced by Saregama for Sun TV — as the heroine Roja’s biological father, who is a famous criminal lawyer. The serial was started with my character only.

How comfortable are you straddling two fields at the same time?

I am enjoying every day — in both. I am 71. In English you say it is ‘running.’ In Tamil we say it is ‘walking,’ (Nadakirathu). I am ‘walking’ in a healthy way. The years I live now are a bonus, which I wish to spend in peace. I give what the directors want, be it cinema or television. Not many are aware that I was also a dubbing artiste. I dubbed for Muralidheran Pillai (popularly known in Malayam films as Murali) in Dum Dum Dum, Majaa and Ullam Ketkume and for another Malayalam actor Nedumudi Venu in Poi Solla Porom. I do everything with complete dedication so that there is all round happiness.

About your writing stint…

I have written nine books, all in Tamil. Muran Suvai is one of them. It is about irony and was serialised in Dinamani. I wrote in response to the request of the editor Mr. Vaithiyanathan. I always thought of the irony of protectors becoming killers in the case of the late Indira Gandhi. So starting with that I covered several eminent personalities — Hitler, Tolstoy, Kamarajar, Chellamma Bharathi and Einstein — for nearly 52 weeks. Other books include Ulaga Sirappana Thiraipadangal, similar ones on directors and actors, a book on actor Audrey Hepburn and one on astrology titled, Jothidam — Puriyatha Puthir. 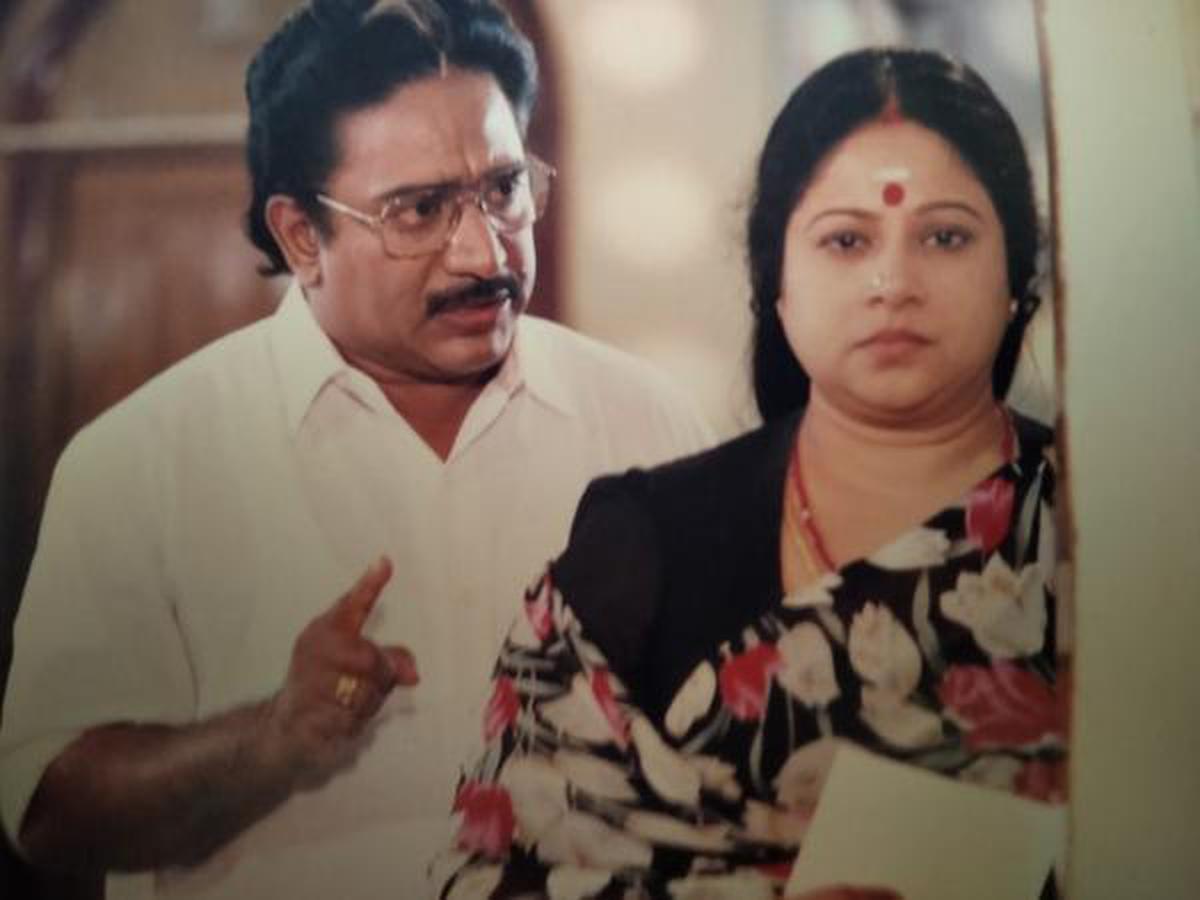 Rajesh and Jayachitra in ‘Alaigal’

Can you name three as your favourite among the 150 films in which you have acted?

Tough question (laughs). Anyway, since you say three, for any artiste, first is the best. So I’d choose Kanni Paruvathile in which I was the leading actor. Then ‘Antha 7 Natkal,’ the climax of which is still talked about. Director-actor K. Bhagyaraj was simply superb. The doyen K. Balachander got the best out of me in ‘Achamillai Achamillai.’ But then I can say something special about each film.

You think you have found an outlet for all your skills?

I think I’m actually fortunate. Let me explain. Right now, the Corona virus is playing havoc across the globe. Since I read a lot, my family suggested that I share whatever knowledge I have with people. My connection with YouTube, where I talk on different subjects, came in handy. Recently, some people, 18 of them Tamils, were stuck in a ship in Cairo. They have since returned safely to Tamil Nadu. One of them is Vanitha Rangaraj, whom I know. She runs two homes for senior citizens besides several social service organisations in Coimbatore. She told me that my YouTube channel talks were educative and kept them in good cheer. I felt happy for two reasons. One, they are back safely and two I contributed in a small way in easing their stress. At another level, I was a teacher for seven years and an actor for 47 years. Now at 71, I seem to have gone back to my root. The other day, a friend told me casually that I was teaching good things to people. I was very happy to hear that. Life seems to have come a full circle for me.