When most people are superstitious to start something new or auspicious on certain days, it seems to work wonders for others. One person, who decided to during the so-called ‘inasupicious months’ is debut director Mahesh. The 26-year-old claims his film, Maduve Oota, is made on “a zero-budget with no expense incurred at all”. 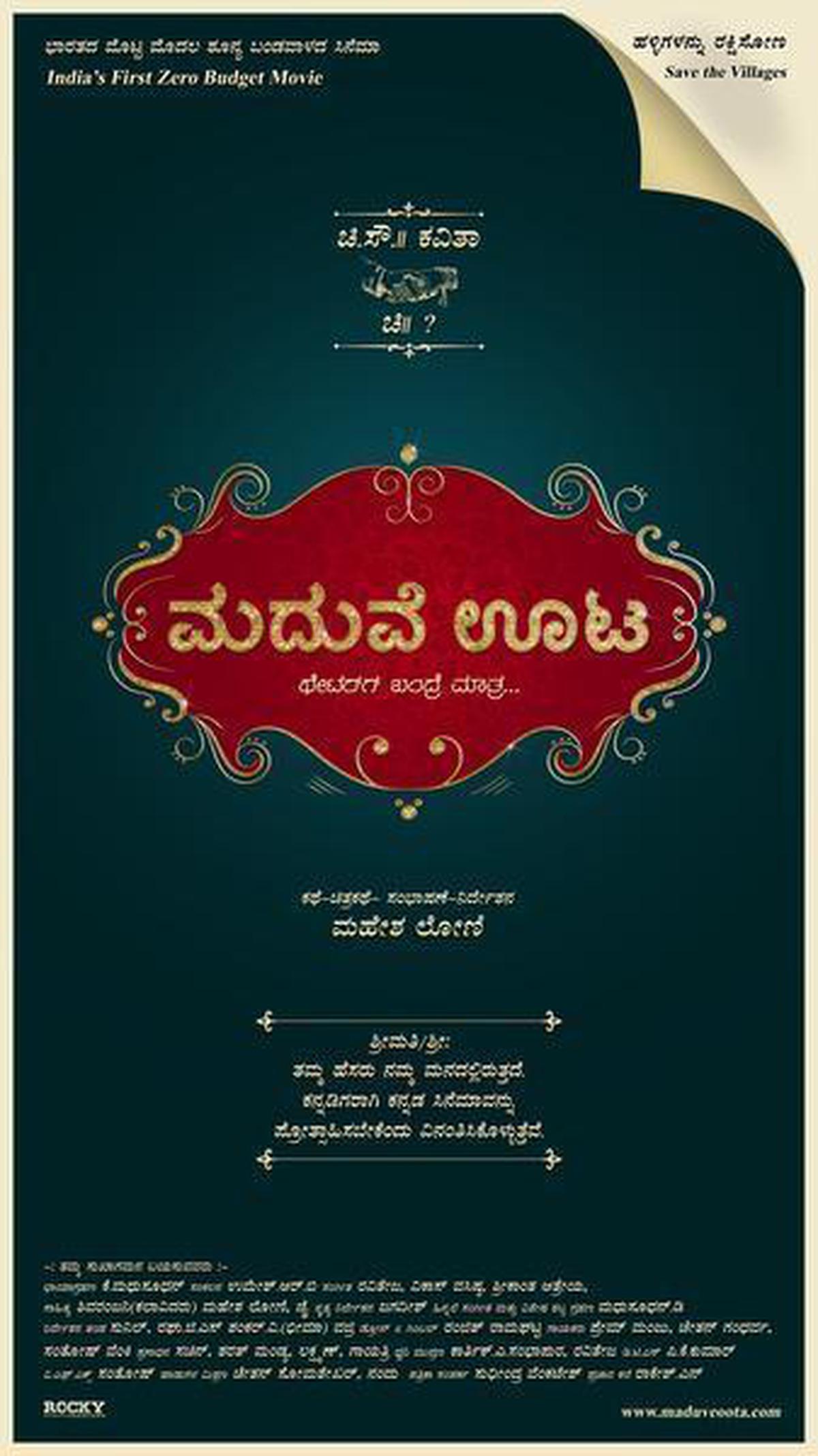 Curious we ask him to reveal his secret to making such as film and he starts, “To begin with I worked on Sundays and through Ashada and Dhanur months, when no one works as they are considered inauspicious. We worked on this film in 2019 and this started off as a casual challenge when my friend asked me if we could make a film without investing any money in it. That got me thinking. As I had a story ready we got together and decided to give the zero budget film a shot.”

As Mahesh decided he had to make a film without a producer, he choose very few locations. “We chose four locations — a house, roads, a tea shop and a room. We met up with friends who would lend these locations to us for free.”

But what about camera, lights and crew?

“The camera was given to us for free by my friend who runs the Infinite Wings company. He would give it to us on days when regular shoots were cancelled. So we worked on Sundays and for 25 days at a stretch during the Ashada and Dhanur months, when most shoots are cancelled.”

Did he ever get worried that the ‘inauspicious days’ would work against him? “Not at all. I grew up with the belief that all months are the same and all days holy. So this is just a psychological matter, a mind game. Think positive and positive happens and vice versa.”

Just when the young man was all set to release his film, the lockdown happened. “We have no qualms of waiting to release the film. We will wait for the lock-down to be lifted and in the meantime, we are using the social media to market our film extensively”.

Mahesh chose actors from theatre to be a part of his film. There are a total of 10 actors in the entire film. “We also had a small technical team, mostly friends , who worked for free. Most shootings happened between 6 am and 10 am and the actors could go back to their respective jobs later. The entire film was shot in 75 days and the dubbing and background score was also done with the help of friends who lent out their studios for free or created music for us for free of cost.”