MUMBAI: The very second that the ball left Nuwan Kulasekara‘s hand, pitched at full length, to hit the middle of MS Dhoni‘s bat and fly for a six over long on, everything became a blur for around a billion Indians.

The ball disappearing into the smog-filled sky, Ravi Shastri‘s words echoing in everybody’s ears, Sachin Tendulkar being carried over the shoulders by his teammates and a young Virat Kohli speaking words well beyond his age then are memories that have gotten etched in our memories forever.

Yet, the game itself, once it began at 2.30 pm IST on April 2 after Sri Lanka won the toss and elected to bat first, wasn’t such a blur after all. It was one that the world watched with bated breath until they could sense it was over and a victory accomplished. With memories getting reignited the other day when Indians celebrated the ninth anniversary of that long-awaited World Cup win, the match itself once again became the talking point.

Was MS Dhoni’s 91, especially the last ball six, any bit more prolific than Gautam Gambhir‘s 97? Why was sending Dhoni ahead of Yuvraj a masterstroke and how did it happen? What worked for Team India that evening? 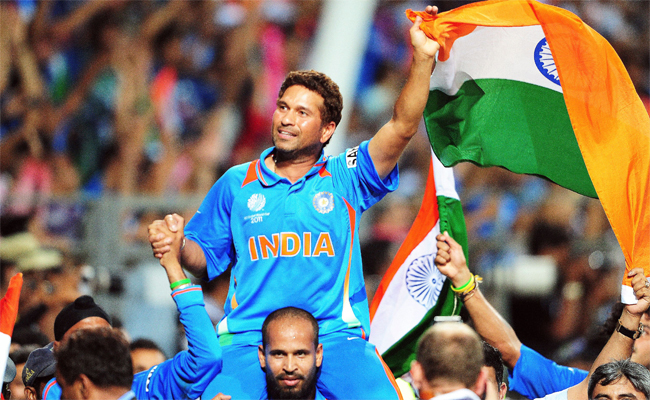 Sachin: Once the eleven was decided, one thing was sure – more or less, the batting order would remain the same. Yuvi was batting well and had enjoyed a very good quarterfinal. So, he would walk in at No.5 followed by MS at No.6 and Raina at No.7.

Viru: We knew that if we got our basics right, we would always be in control. We had enjoyed a very good tournament and it was just a matter of holding on to our beliefs in that one all-important game. We were brimming with confidence.

Sachin: Zaheer started off really well. Viru took an outstanding catch of Tharanga, I think it was the seventh over. That charged up the proceedings and we did excellently well to restrict the target to 274. Mahela batted beautifully for his 103. The knock gave Sri Lanka a total to fight for. 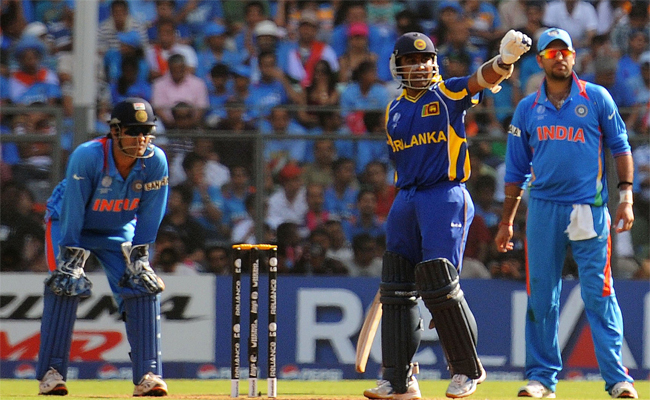 Viru: I got out right at the start, hoping things would get better. But I remember the silence when Sachin came back. It was eerie. He came back and straight headed inside (the dressing room). Virat joined Gautam in the middle.

Sachin: I came back to the dressing room after I got out and went and sat in my seat. During the quarterfinal, against Australia, after our (Sachin & Viru’s) partnership, I had returned to the dressing room and was lying down on the physio’s table and Viru was next to me. We hadn’t moved. Even this time (at Wankhede), coincidentally, Viru happened to be there and I asked him to sit next to me and not move.

Viru: I wanted to go out (into the balcony) and watch the game. He (Sachin) said ‘No’.

Sachin: Yes, I said, ‘nothing doing. Tu yahan se hilega nahi (you won’t move from here). Because even in the quarterfinal, it had worked well for us. We had done the same thing after our partnership in the quarterfinal. When I got out, I came back into the dressing room and was on the physio’s table and he was next to me. This time again I told Viru, that’s how it is going to be. We won’t move from here. Inside my kitbag, I had stuck multiple photos of Gods and I was praying, just saying that this was a big moment for us, so please help us through this.

Viru: I wanted to go to the bathroom. “Arrey, kam se kam bathroom toh jaane do”, I told him. He was like ‘no. Tu yahan se nahi hilega. Do whatever you want later’. Eventually, I had to wait till the drinks break. 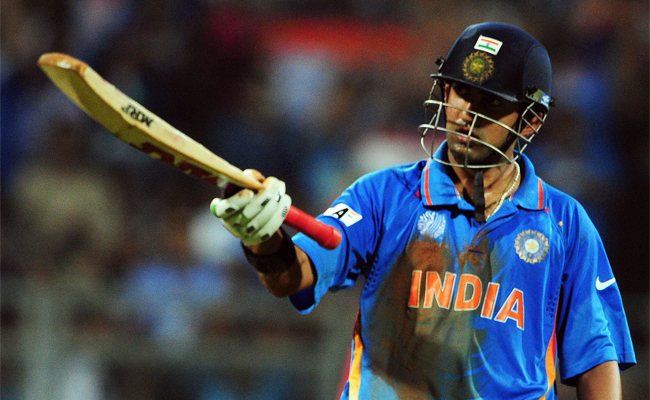 Sachin: The partnership between Gautam and Virat was flourishing and we wanted to be a couple of steps ahead of the opposition. That’s when I told Viru … “if a left-hander (Gautam) gets out now, a left-hander (Yuvi) should go in, and if a right-hander (Virat) gets out, a right-hander (Dhoni) should go in. It was Yuvi’s turn at No. 5 and he was all padded up. But I just suggested to Viru, because he was sitting next to me: ‘if Virat gets out, Yuvi should not go in. It’s extremely important to keep the right-hand, left-hand combination going’. Yuvi was in tremendous form but Sri Lanka had two off-spinners going, so I thought a strategy change would work.

Sachin: There were two quality off-spinners in the attack so a left-hand, right-hand strategy made sense. Gautam was batting brilliantly and someone like Dhoni could’ve kept rotating the strike. So I told Viru, ‘tu overs ke beech mein sirf ye baat bahar jaake MS ko bol aur next over shuru hone se pehle waapis aaja. Main yahan se nahi hilne wala (Just go out into the balcony between the overs only to say this much to MS and come back fast before the next over begins. I’m not moving from here). 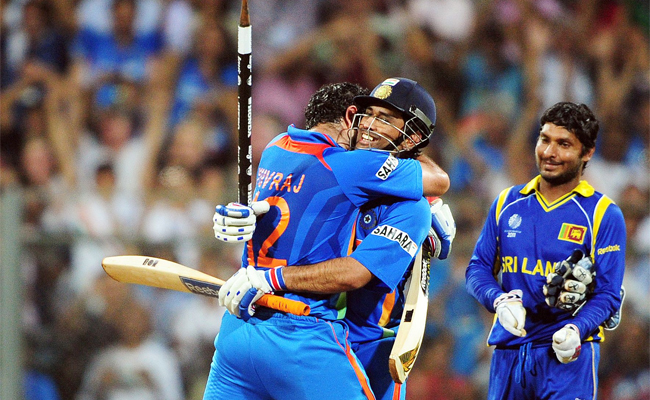 Viru: Before he could even complete his sentence, we saw MS walking into the dressing room. So, that’s when he (Sachin) repeated the same thing to MS, in front of me.

Sachin: I asked MS to consider this strategy. He then went to Gary (Kirsten), who was sitting outside. Then Gary came in and all four of us got talking about it. Gary too agreed it was the right thing to do, given the attack on hand. MS also agreed and promoted himself up the order.

What Tendulkar remembers the most from that evening was Gautam Gambhir’s precious 97 and Dhoni’s 91. “Gautam’s knock was exemplary. It put the chase in perspective and set the platform. And the way MS finished it was brilliant. It was an imperious knock. That six was the icing on the cake,” he says.

The last ball six from Dhoni, including his fine 91, was of course a classy finishing touch. “By the time that six was hit, more or less, the fate of the final had been decided,” says Viru.