The 2020 Pulitzer Prize winners were announced on May 4 in 15 Journalism categories and seven Book, Drama and Music categories. The Pulitzer Prizes in journalism were first awarded in 1917 and are considered the field’s most prestigious honor in the U.S. 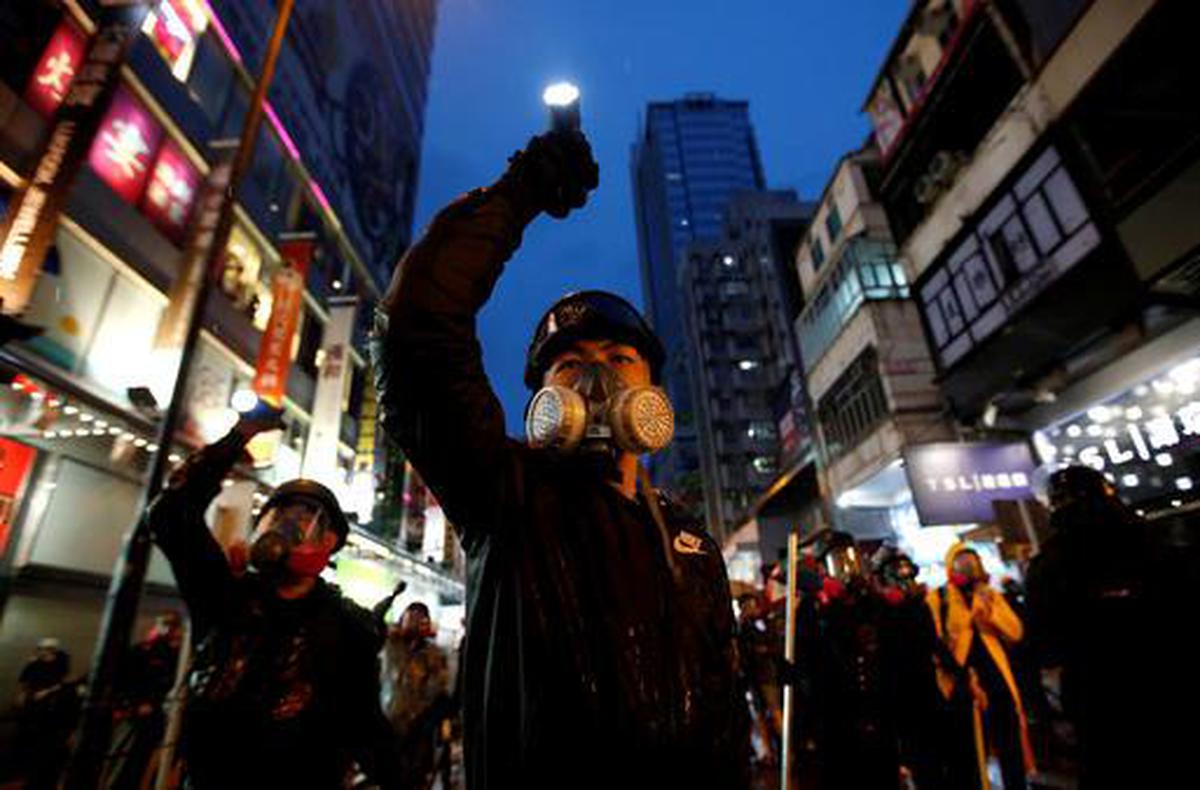 Demonstrators protesting the proposed extradition bill aim their flashlights towards riot police as they are chased through the streets of Hong Kong, China, August 25, 2019.
| Photo Credit: Reuters

Flames and smoke billow from a residential building where militants are suspected to have taken refuge during a gun battle in Pulwama, south of Srinagar, Indian controlled Kashmir, Feb. 18, 2019. The image was part of a series of photographs by Associated Press photographers which won the 2020 Pulitzer Prize for Feature Photography

Snaking around roadblocks, sometimes taking cover in strangers’ homes and hiding cameras in vegetable bags, the three photographers captured images of protests, police and paramilitary action and daily life – and then headed to an airport to persuade travelers to carry the photo files out with them and get them to the AP’s office in New Delhi.

(With inputs from Agencies)