In a move that will restrict Chinese investments, the Centre has made prior government approval mandatory for foreign direct investments from countries which share a land border with India. Previously, only investments from Pakistan and Bangladesh faced such restrictions.

The revised FDI policy is aimed at “curbing opportunistic takeovers/acquisitions of Indian companies due to the current COVID-19 pandemic,” said a press release from the Department for Promotion of Industry and Internal Trade on Saturday.

“A non-resident entity can invest in India, subject to the FDI Policy except in those sectors/activities which are prohibited,” says the new policy.

“However, an entity of a country, which shares land border with India or where the beneficial owner of an investment into India is situated in or is a citizen of any such country, can invest only under the Government route.” Pakistani investors face further restrictions in requiring government approval for FDI in defence, space and atomic energy sectors as well.

India shares land borders with Pakistan, Afghanistan, China, Nepal, Bhutan, Bangladesh and Myanmar. Investors from countries not covered by the new policy only have to inform the RBI after a transaction rather than asking for prior permission from the relevant government department.

With many Indian businesses coming to a halt due to the lockdown imposed to contain the COVID-19 pandemic and valuations plummeting, a number of domestic firms may be vulnerable to “opportunistic takeovers or acquisitions” from foreign players. Last week, housing finance company HDFC informed the stock exchanges that the People’s Bank of China now holds a 1.01% stake in the company. This was an instance of portfolio investment through the stock market and not FDI.

The official statement added that a transfer of ownership of any existing or future FDI in an Indian entity to those in the restricted countries would also need government approval. The decisions will become effective from the date of the Foreign Exchange Management Act notification

“Given the macro situation, it is a measure to protect vulnerable companies, with possibly low valuations, from unwelcome takeovers. However, while the DPIIT has set out its policy stance, the Non Debt Rules that the Ministry of Finance will publish in this regard is awaited, as that will set out the different scenarios which will trigger the Central Government approval requirement and other considerations regarding foreign investments from our neighbours,” said Aarthi Sivanandh who specialises in corporate law at Partner, J Sagar Associates. 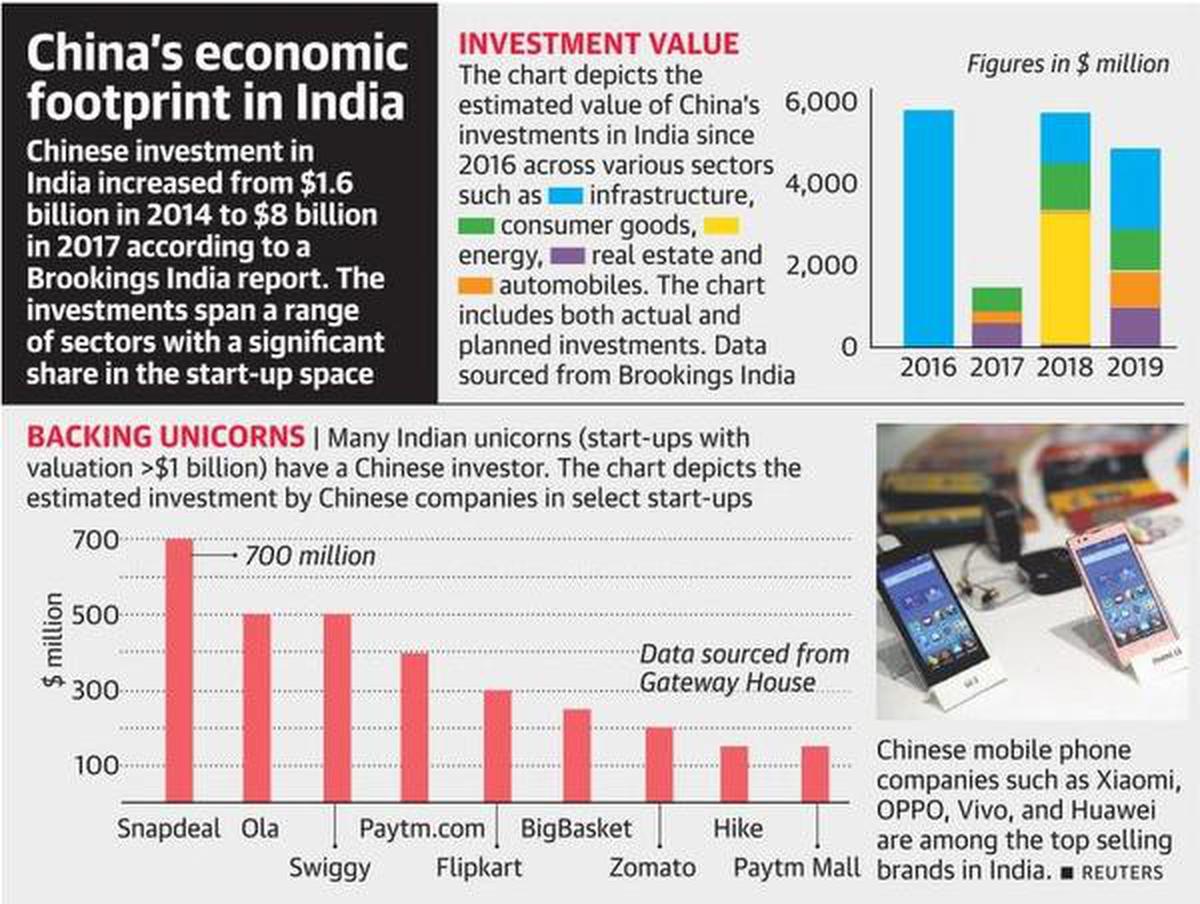 The official statement added that any further sale of FDI to investors in neighbouring countries would also have to comply with the new policy, with each subsequent change in ownership through transfer of investment to also requiring government approval. The decision will become effective from the date of the Foreign Exchange Management Act notification.

China’s footprint in the Indian business space has been expanding rapidly, especially since 2014.

A recent report from Brookings India showed that net Chinese investment in India until 2014 stood at $1.6 billion, mostly coming from state-owned players in the infrastructure space. Three years later, total investment had increased five-fold to at least $8 billion according to Chinese government data, with a shift from a state-driven to market-driven approach. The total current and planned Chinese investment in India has now crossed $26 billion, according to estimates in the March 2020 Brookings reportpaper, titled “Following the Money: China Inc’s Growing Stake in India-China Relations”.

The single biggest Chinese acquisition has been in the pharmaceutical space, with Shanghai-based Fosun paying $1.09 billion for a 74% stake in Hyderabad-based Gland Pharma.

However, major Chinese investments in India span a range of sectors. A 2017 survey of Chinese enterprises in India by the Industrial and Commercial Bank of China’s Mumbai branch found that 42% were in the manufacturing sector, 25% in infrastructure and others in telecom, petrochemicals, software and IT. The Brookings paper also tracked major investments in energy, where three out of four Indian power plants use Chinese equipment, automobiles, real estate and consumer goods, especially the mobile phone segment, where Chinese brands dominate the smartphone market.

A February 2020 report by the Gateway House think tank estimates that Chinese giants such as Alibaba and Tencent have funded at least 92 Indian start-ups. “This means that China is embedded in Indian society, the economy, and the technology ecosystem that influences it. Unlike a port or a railway line, these are invisible assets in small sizes – rarely over $100 million – and made by the private sector, which doesn’t cause immediate alarm,” said the report.

The Brookings paper also noted that the flush of investment from China’s private sector poses new challenges for India’s regulators and warned that boundaries between China’s state and private sectors are blurry at best, with some of China’s most prominent private technology companies — including those that are major investors in India — playing key roles in advancing government initiatives at home, including in running an effective censorship regime.

“This blurred separation between state-owned enterprise and private enterprise raises the question of whether the Chinese private sector can indeed be considered as an entirely distinct entity from the state. This question becomes even more relevant with Chinese and other foreign firms acquiring controlling stakes in Indian companies, particularly in the technology sector where definitions of security or strategic implications are rapidly evolving,” it said.