“I wouldn’t say that even the Devs team knows what the Devs team does. Not all of them, anyway,” Amaya CEO Forest jokingly admits to his latest recruit to the team, Sergei, as they walk through sweeping the woods leading up to his new workspace. Our first glimpse into the Devs centre is a burst of gold. Glimmering gold, shining smooth interiors, dark lighting, and an atmosphere that gives you the chills.

This futuristic sleekness is the essence of Devs, an FX mini-series streaming on Disney+ Hotstar. Each episode written and directed by Alex Garland has his trademark slow-burn that takes its time to reel you in, just enough to move to the next episode. The director, whose Ex-Machina and Annihilation have achieved cult status, is now experimenting with the smaller screen.

On the surface, Devs is a murder mystery. Remember Sergei (Karl Glusman), the one strolling through haloed pines while ominous music faded in and out? It appears that he has killed himself soon after his first day at Devs, the secret division at the San Francisco-based quantum computing multinational, Amaya. Naturally, his partner Lily Chan (Sonoya Mizuno) is not so taken by the suicide theory, and suspects foul play by Amaya, and CEO Forest (Nick Offerman, with more hair than face). And so it is that our protagonist’s search for the truth begins. Devs tries to ponder upon many philosophies during the course of the show: what does the possibility of a multiverse mean, and how does it affect our relationships in the now? What does moral responsibility mean in a deterministic universe? Can you ever outrun your past? However, despite the advantage of length — each episode is around 55 minutes long — none of these threads are explored in as much detail as they could have been.

The characters are given emotional backstories revolving primarily around loss. Lily Chan wails her heart out at Sergei’s death. Forest has never quite recovered from losing his daughter, Amaya, building a hundred-feet tall statue of hers to stare with creepy dead (excuse me) eyes at the entire campus. Yet, it is hard to feel attached to any of them. Both Mizuno and Offerman have played stoic roles beautifully before. Mizuno’s silent dancing in Ex-Machina was hilarious in its randomness. Offerman’s Ron Swanson gravitas is the perfect balance to his on-screen deputy, Leslie’s chaos, in Parks and Recreation. Here, however, I could have watched certain sequences and exchanges at 1.25 speed. 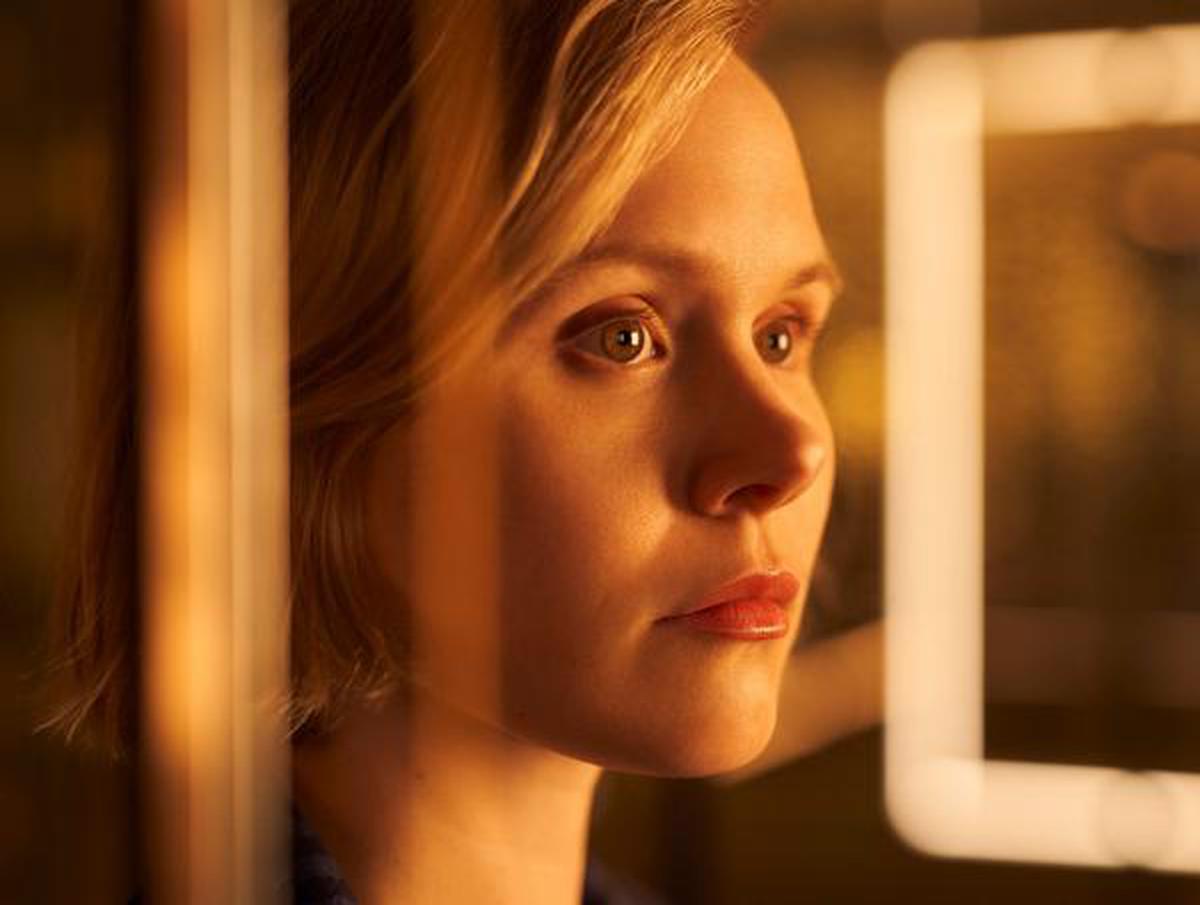 Instead, it is the side characters that take the cake. Kenton (Zach Grenier) delights in ‘If it needs to be done, I’m your man’ role as head of security at Amaya. Katie, (a stone-faced Alison Pill) brings chills whenever she is on screen.

Because when it comes down to it, Devs’ main draw is in how incredibly stylish it looks. No, you may not understand the science completely; just pretend enough so you can follow the plot. The intense treatment of the visuals, supported by an engaging background score, will keep you hooked for the first few episodes. But it demands your patience. Something I am willing to have for a properly-edited three-hour movie, and not so much for several one-hour episodes.