Over the years, many show creators in the West like Joss Whedon (Buffy the Vampire Slayer, Firefly) have talked about bingeing and how it takes away from the viewing experience. Closer home, actor Neil Bhoopalam echoes the thought. “I feel you miss the nuances of a show, especially if it is a drama. My favourite TV watching memories are of waiting a week for the next episode of Doogie Howser MD and The Wonder Years. I cannot binge-watch anything; it is an overload for my brain. I’d much rather take the time to mull over an episode before moving on to the next,” says the actor, whose latest outing, The Raikar Case, might be the perfect series to slow-watch.

Released on April 9, the show is set in Goa. It revolves around a joint family that, on the surface, seems to be perfect, but dark secrets unravel after the youngest member takes his own life — and blames his family for forcing him to take the drastic step. Helmed by Aditya Sarpotdar, the show stars Atul Kulkarni, Ashwini Bhave, Parul Gulati and Kunal Karan Kapoor along with Bhoopalam. While Kulkarni plays the family patriarch, Bhoopalam is the cop investigating the case. “My character is the only outsider in the whole story,” says the actor, who will next be seen in season two of Four More Shots Please.

When Bhoopalam got a call from Bodhi Tree Productions about the show, he was immediately hooked. “I was reading Jack Reacher books at the time, so when I got a call about a whodunit that is also a family drama, I was interested.” Among his recent favourites in the genre is last year’s Agatha Christie-esque Knives Out by Rian Johnson, with Daniel Craig, Jamie Lee Curtis and Don Johnson. 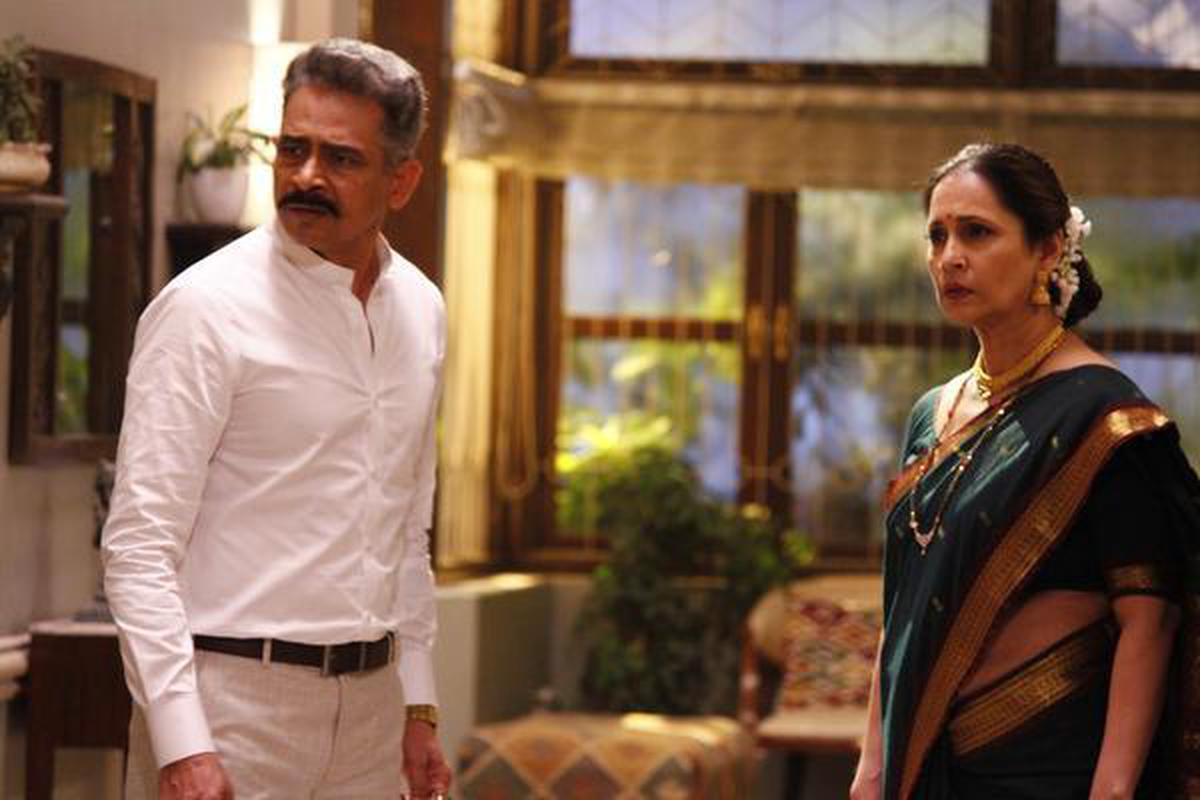 His co-star Kulkarni’s taste in murder mysteries veers towards classics like Hitchcock films and Sidney Sheldon’s books. “This is a genre that I gravitate towards as a viewer. I love Hitchcock’s films because even though you knew who did it right at the beginning, he still kept the audience engaged till the last frame. Among books, one of my early favourites was Gurunath Naik, a Marathi novelist. His mysteries were very popular in the 70s.”

A significant portion of the show was shot in Goa. A long outdoor schedule in the sunny State gave most of the cast — who had not worked with each other before — a chance to bond. “When we were not shooting, we were either talking about what we had eaten or what we were going to eat! Everyone was on the hunt for the best food. Aditya knew of these little restaurants that few knew about,” says Kulkarni.

Shooting on palm-lined lanes and eating in restaurants are a thing of the past with the country in the third week of lockdown. At home with wife Nandini Shrikent, a casting director, and two-and-a-half-year-old son Fateh, Bhoopalam is spending quality time with his family and catching up on shows like The Modern Family, The Twilight Zone (2019) and the classic, Star Trek Voyager.

His co-star, meanwhile, is spending the time at his country home in Sonale, a village couple of hours from Mumbai. “This is where my NGO, Quality Education Support Trust (QUEST) operates from. We have over 3,000 teachers who work with around 95,000 children across Maharashtra. As their classes have come to a halt now, teachers are conducting daily video meetings,” says Kulkarni. The Rang De Basanti actor is also working on his farm, spending time in his gym, and playing with his pets.

Season 1 of The Raikar Case is now airing on Voot Select.