Most of us have heard of Malala and Benazir Bhutto; a few may even know about Maleeha Lodhi and Asma Jahangir. But have you heard of Shukria Khanum, the first female pilot in Pakistan? Or Perween Mustafa who worked to empower local communities? Or Shamim Akhtar, Pakistan’s first female commercial truck driver? These and many more feature in Fearless: Stories of Amazing Women from Pakistan (Puffin) by Amneh Shaikh Farooqui and illustrated by Aziza Ahmad.

Amneh’s motivation was her 11-year-old bookworm daughter. “When she turned seven, Anya started reading books about amazing women from across the globe.” But there were “hardly any women of colour and, from within that group, hardly any South Asian women. Malala sometimes made the cut but no one else really did.” Encouraged by Aurelie Salvaire, a French gender activist, Amneh decided to write a book inspired by Goodnight Stories for Rebel Girls. “Children find it easier to project themselves in existing role models. Yet, apart from a very few usual suspects, people do not know of the hundreds of Pakistani women who are leaders, innovators, activists, entrepreneurs and change-makers in their own fields,” she rues.

Project Fearless began in 2017 and initially seemed like smooth sailing but she parted ways with the first publishing house due to “creative differences”. Amneh wanted to tell young Pakistani girls “stories of women who had managed to break new ground and most importantly sound like an encyclopaedia.” She even tried self-publishing but didn’t succeed. Finally an agent in India picked up the ball and the book was published earlier this year by Puffin, an imprint of Penguin Random House. 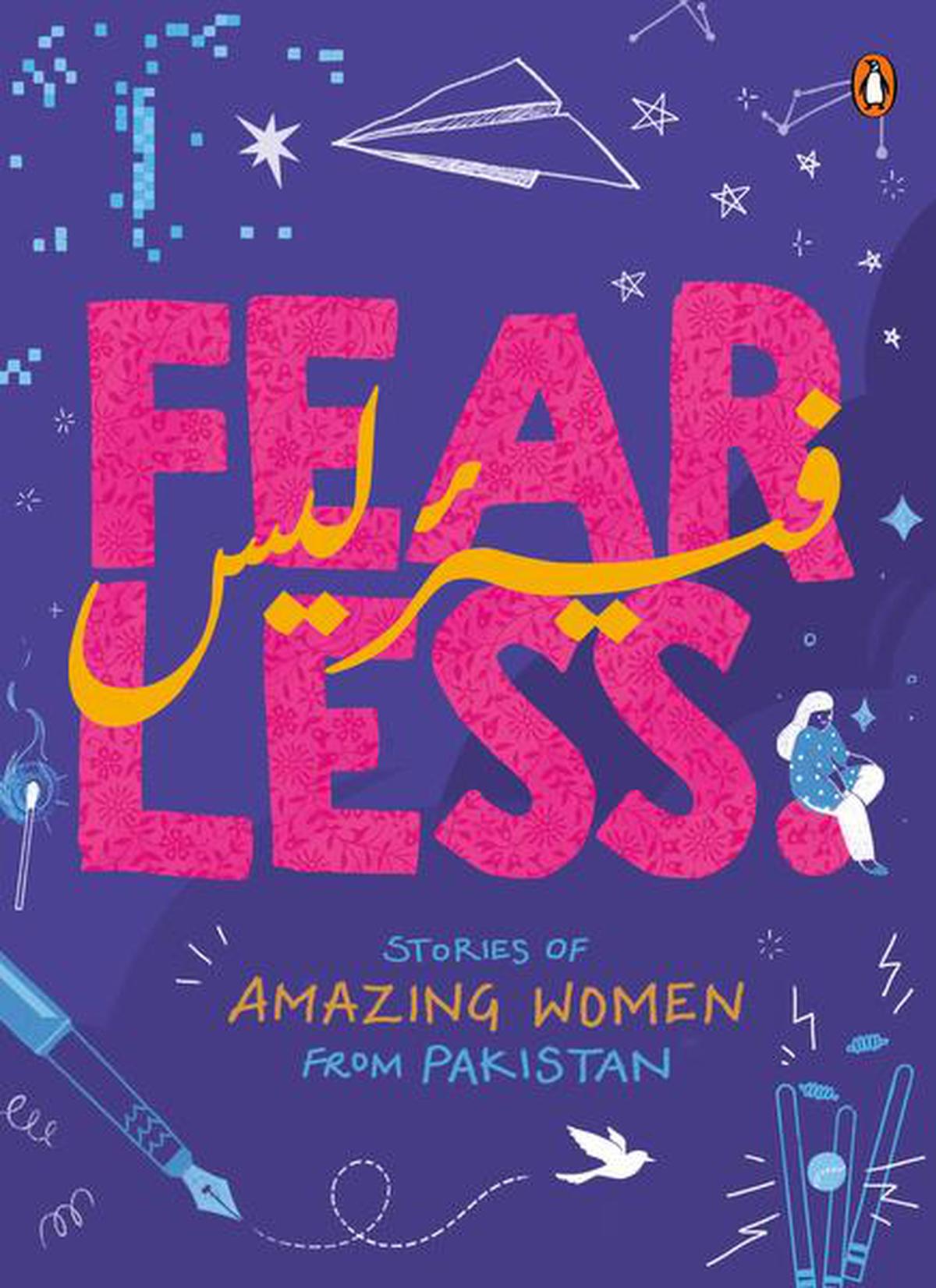 Interestingly the first chapter is from folklore: the seven queens of Sindh. This, Amneh says, was deliberate. “I wanted to make sure that it covered women from across different sectors, economic classes and geographies but was also balanced between women from the past and the present.” The suggestion to include characters from folklore came from Sara Nisar who designed the book. “I loved the idea. These stories, which are often based on oral histories and handed down through generations, reflect questions of identity and touch upon the core of what people value.”

Explaining that her original list had 180 women and that she had to prune that down considerably, Amneh regrets not being include a trans-activist or a religious leader. “It’s not only ‘good’ women who make history or have influence. We do not have to like or agree with everything a woman has done to accept that she has had far-reaching influence or impact and that to some, she may even be inspirational.”

One of the most fun elements is the contents page, which is designed as a timeline. Amneh explains that this “helps situate the women in history and lets the book flow from past to present. One of the things that my research showed me was that it was near impossible to find a timeline of the feminist movement in Pakistan. So when Sara was working on the design, we decided to use the table of contents as a timeline as well.”

Though the Covid-19 pandemic has interfered with the events around the release, the response has been good. “One of my favourite responses has been from my five-year-old son’s friend. He had been excited to share the stories with his social group and his six-year-old friend drew portraits of the female sportspeople whose stories he found particularly compelling and sent them to me. I was so touched! I know it is important for boys to read books that are not centred on men but many parents still hesitate in giving their boys books about girls. But that is changing and makes me very happy.”

Apart from being inspired by the women she has featured, Amneh says her mother is her main inspiration. “She is one of the pioneers of the micro-enterprise movement in Pakistan and, thanks to her work, we got to see parts of the country many of us would not usually travel to.” Having seen closely her first female role model in action, Amneh feels “more girls will set their sights higher when they have someone to look up to that has experienced the same things they have. For me, these stories are much more than entertainment or light biographies; they are powerful tools in the push for gender equality.”